Read our VisionView the Event

On December 2nd, 2021, the International Whaling Commission (IWC) celebrates 75 years since its creation. Originally established as a body managing the commercial killing of whales, the IWC has evolved into a vital, global organisation that is central to global efforts to address the threats and challenges faced by all cetaceans (whales, dolphins and porpoises), including from chemical and noise pollution, marine debris, ship strikes, fisheries bycatch, habitat loss and the climate crisis.

This has never been so critical. As the health of the world’s oceans dramatically declines, cetaceans are in trouble: of 90 recognised species of cetaceans, 22 are ‘Critically Endangered’, ‘Endangered’ or ‘Vulnerable’; 38 out of the 40 assessed subspecies and subpopulations are in the same troubling categories.

Major conservation and animal protection organisations from around the world, many of which have been active participants in IWC meetings and whale conservation for many decades, are coming together on the IWC’s 75th anniversary to celebrate its history and evolution and to launch a new Vision for its next 50 years. The Vision, supported by more than 50 organizations from 18 countries, focuses on the IWC’s strong legal basis, global reach and established mandate to implement a bold international conservation agenda for cetaceans and their environment. This will enable them to maximise their vital ecological contributions to the health and productivity of our seas, including enhancing fish populations by increasing primary productivity, sequestering carbon and promoting biodiversity.

VIP guests, including the Chair of the IWC, Andrej Bibič, will join NGOs including Animal Welfare Institute, Born Free Foundation, Environmental Investigation Agency, Fundación Cethus, Humane Society International, IFAW, ORCA, OceanCare and Whale and Dolphin Conservation in a virtual event on Tuesday, November 30th at 14:00 GMT. Following a keynote address by Dr Jane Goodall and presentations on the status of cetaceans and the future of the IWC, an expert panel will discuss the need for a new Vision for the IWC and take questions from the media and public. To suggest a question or theme for the panel, click the button below.

View the EventSend a Question

Our 50 year Vision is for the IWC to be at the centre of global, regional and local efforts to ensure the full recovery and health of all cetacean populations, safeguard their welfare, and maximise their ecological contributions to healthy oceans. 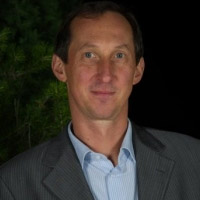 Andrej Bibič is a biologist, focused on the conservation of migratory animals and their habitats for 25 years. For the last 15 years, in the Slovenian Ministry for Environment he has worked in various multilateral agreements focused on conservation and the sustainable use of biodiversity, and helped negotiate the European Union's common position on the IWC. He has hosted several meetings of the IWC and its Scientific Committee in Slovenia. 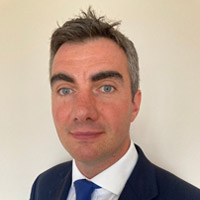 James Smith is Deputy Director for International Marine Environment at the UK Department of Environment, Food and Rural Affairs, and the UK Commissioner to the IWC. Alongside marine species conservation (including cetaceans), he is responsible for the UK Government’s policy on international marine biodiversity, the impacts of climate change on the ocean, and marine litter. In the IWC, the UK is a member of the IWC Bureau, vice-chair of the Conservation Committee, and co-chair of the Working Group on Operational Effectiveness. 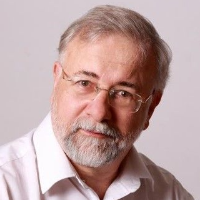 Senior Scientist for OceanCare, expert in marine animal welfare and conservation with a focus on whales, dolphins and porpoises and the threats they face including marine pollution and climate change. 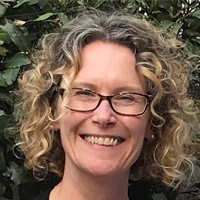 Marine Consultant to the Animal Welfare Institute, expert in regulatory and other legal issues relating to the hunting and global trade of whales, dolphins and porpoises and their products. 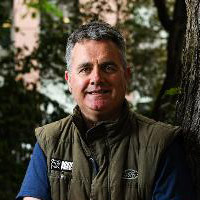 Dominic Dyer is a leading British wildlife and animal welfare campaigner, writer and broadcaster. He is a Policy Advisor & Wildlife Advocate for the Born Free Foundation and a board member of Wildlife and Countryside Link and the Royal College of Veterinary Surgeons (Veterinary Nurses Council). He can be found on twitter at domdyer70. 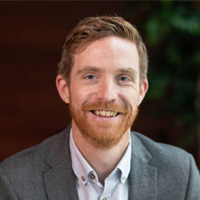 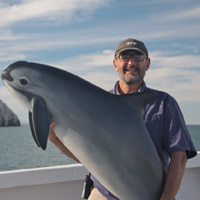 Lorenzo coordinates the marine mammal research and conservation program for the UNDP-Synergy Project in the National Commission of Natural Protected Areas in Mexico. He participates in different international groups focused on cetacean conservation. Lorenzo Chairs the International Committee for the Recovery of Vaquita and is the current chair of the Conservation Committee of the IWC. 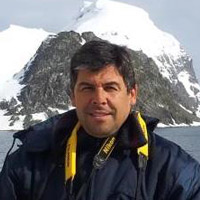 Alternate IWC Commissioner for Argentina, involved in cetacean conservation and research since 1984. He is the Coordinator of the IWC's Conservation Management Plan (CMP) for franciscana, the Convener of its Anthropogenic Underwater Noise Working Group and a member of its Scientific Steering Committee of the Southern Ocean Research Partnership (SORP). 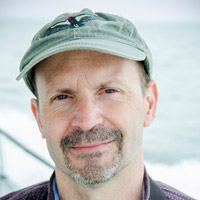 Joe Roman is a fellow and writer in residence at the Gund Institute of Environment, University of Vermont. He has worked on the conservation, ecology, and history of whales for more than 20 years. His marine mammal research appears in Science, Trends in Ecology and Evolution, Proceedings of the National Academy of Sciences, and other journals. 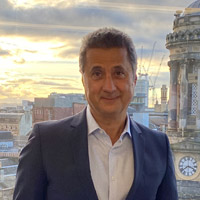 Ralph Chami is Assistant Director, Institute for Capacity Development at the International Monetary Fund. He is also the co-founder of Rebalance Earth and Blue Green Future, LLC. He has pioneered valuation of ecosystem services for keystone species such as great whales and forest elephants, as well as for seagrass, mangroves and saltmarshes. He has also developed a new framework for a nature-based economy. 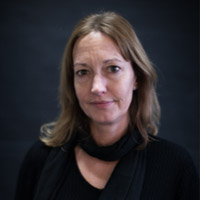 Clare Perry is Ocean and Climate Campaign Leader for the Environmental Investigation Agency. She has carried out investigations into whale and dolphin hunting and cetacean product markets in Japan and Iceland and is an expert on international environmental policy.